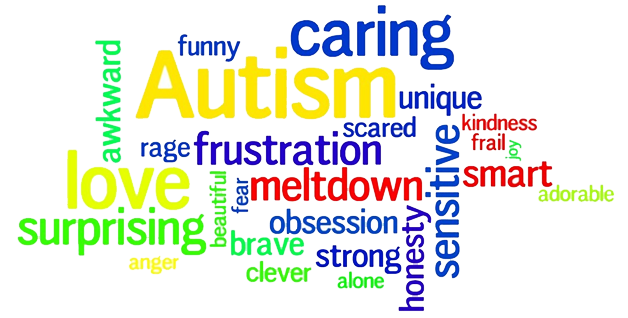 Punjab Foundation is dedicated to promoting solutions, across the spectrum and throughout the lifespan, for the needs of individuals with autism and their families through advocacy and support; increasing understanding and acceptance of people with autism spectrum disorder. We not just support the children affected with autism, but also work for empowerment of the parents dealing with autism.

We are involved in valuable work like assessment, education that meets the individual needs; provide them social education so that they can become part of society.

Our focus on activities like Activities of Daily Living (ADL) in which children with autism are taught to learn of their daily living skills so that they can able to live an independent life.

It is not just a school it is the mid path between normal and special schools that provides not only the special education but academics too. We believe that every child has a right to get the education according to his or her needs. Our motive is to prepare them for the mainstream schools. We believe that every child has potential to learn and we provide it to them in a better way so that they can become an active part of society and live with dignity.

Punjab Foundation also provides the counselling services to the affected families. It works like a parents support group that focus on raising awareness about autism specially in villages and backward area.

Autism is a bio-neurological developmental disability that generally appears before the age of 3. Autism impacts the normal development of the brain in the areas of social interaction, communication skills, and cognitive function. Individuals with autism typically have difficulties in verbal and non-verbal communication, social interactions, and leisure or play activities

Autism is diagnosed four times more often in boys than girls. Its prevalence is not affected by race, region, or socio-economic status. Since autism was first diagnosed in the U.S. the incidence has climbed to an alarming one in 68 children in the U.S.

Autism itself does not affect life expectancy, however research has shown that the mortality risk among individuals with autism is twice as high as the general population, in large part due to drowning and other accidents.

Currently there is no cure for autism, though with early intervention and treatment, the diverse symptoms related to autism can be greatly improved and in some cases completely overcome.

Autism is a neurodevelopmental disorder characterized by:

Because Autism is a spectrum disorder, it can range from very mild to very severe and occur in all ethnic, socioeconomic and age groups. Males are four times more likely to have autism than females. Some children with autism appear normal before age 1 or 2 and then suddenly “regress” and lose language or social skills they had previously gained. This is called the regressive type of autism.

People with autism may also: