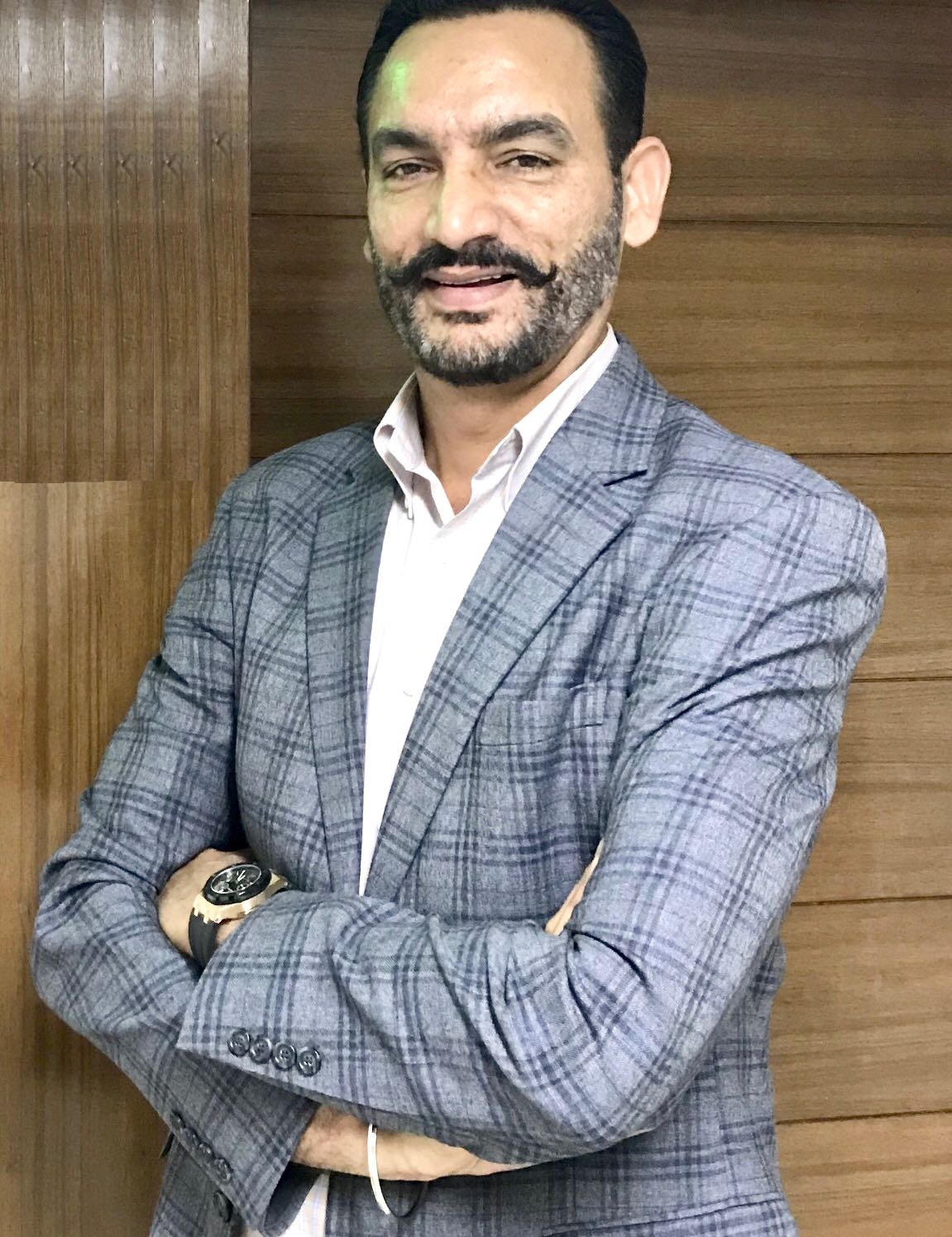 Mr. Sukhi Singh Chahal was born in the village of Heeron Khurd in the Mansa district of Malwa area of Punjab, India which is badly infected by the cancer and related diseases.

In 1992, he came to the great country of the United States. An engineer by profession, he has attended Stanford and UC Berkeley for computer and management related courses. His technical expertise in Information Technology and Unified Communication is very well known in the Silicon Valley.

He held senior management, engineering and consulting positions at Netflix, Lockheed, Intel, Nextag, Andale, AT&T labs, Vialta, etc. He has played major role in unified communications design and deployment for San Francisco Superior Court, Supreme Court of California, Administrative Office of the Courts and many other Silicon Valley based high school districts, colleges and fortune 500 companies. He travels extensively through the world and domestically to offer the IT consulting services to medium and enterprise customers.

He is President of the Silicon Valley based Information technology and Unified Communications consulting company.His professional accomplishments now afford him the ability to pay back and do something for a noble cause.

In December 2010, Mr. Singh & family personally financed the Water Treatment Plant at his native village Heeron Khurd, district Mansa of Punjab so that the people of his village will have access to safe drinking water.

He is socially very active in the local community and have played major role in building bridges among the Hindu, Sikh and Jewish communities.

He is serving as Commissioner on City of Milpitas, California – Telecommunications Commission since last 6 years where he advises the City Council and Mayor on matters of telecommunications and Information Technology policy, legislation, and implementation at the local, state, and federal levels.

Miss Raveena graduated from UCLA (University of California, Los Angeles) in June 2018. She is currently involved in UCLA Pre-Law Society which has been a valuable resource to UCLA students who are interested in the legal field.

She traveled with her family to three northern states of India called Punjab, Haryana and Rajasthan for more than a month. She met many Cancer patients and her father’s relatives suffering with cancer. It was a state of shock for her to see so many people suffering with cancer and other diseases. Being a female and child, she was really moved by learning that 75% cancers patients are female (breast cancer) and children.

In 2009 While she was in India, she promised the cancer victim in various villages where she met them personally that she will raise their voice and would not let them die quietly.

In December 2010, Raveena & her family financed the Water Treatment Plant at her parents native village Heeron Khurd, district Mansa of Punjab (India) so that the people of the village will have access to safe drinking water

Dr Brar completed his medical degree (MBBS) from Dayanand Medical College Dayanand Medical College, Ludhiana, Punjab (India), residency from Eastern Virginia Medical School and Fellowship from Stanford University. He is from Faridkot district of Punjab which is very infected with many dieses like Cancer due to the water contamination in the area.

Mr.  Kahn is regional director of AJC San Francisco. He worked for AJC Houston as assistant regional director and assistant development director in 2011-15. In the interim, Kahn was associate director of the Interfaith Relations Department at Interfaith Ministries for Greater Houston. Kahn has two masters’—in Jewish nonprofit management and Jewish education—from the Hebrew Union College-Jewish Institute of Religion, and a B.S. in psychology from Tulane University.

AJC is the leading global Jewish advocacy organization. With more than 30 offices worldwide, plus partnerships with 34 international Jewish community organizations, AJC is making an impact on the issues that matter most. The challenges facing the Jewish people are great. They demand a response from an organization with global reach and influence.

In 2009, it was Dr Smit and her colleague Vera Dirr, visited as a volunteer and over 14 months uncovered the uranium presence in Punjab which has crippled the generation of children. Dr Smit alarmed after seen a high incidences of physical and mental abnormalities in local children at the Baba Farid Center For Special Children (BFCSC) in Faridkot, a not-for-profit organization working with kids, ailing from autism, cerebral palsy and other neurological disorders started collecting urine and hair samples of 149 affected children and sent them for tests to Microtarce Mineral Lab, Germany.

She managed to convince German lab (thanks to Dr. EleanoreBlaurock-Busch) to donated their time and effort to analyze the samples. Though doctors expected heavy metal toxicity, what they were surprised to find was high levels of uranium in the samples, and in one case more than 60 times the maximum safe limit.

Dr. Azad has worked in all types of Punjab Government Institutions from 1972 to 2007. At present he is working for NGO called NACO-National AIDS Control Organization as Senior Medical Officer in ART Centre Patiala. They treat the HIV/AIDS patients in this center. Dr. Azad also works for KVM- KhetiVirasat Mission-Punjab (as Working President) which is an NGO working for Natural / Organic Farming and Environmental health. He is also associated with Baba Farid Centre for Special Children which treats mentally retarded/handicapped/autistic children. His passion is to work on the root causes of ill health. Dr. Azad lives in Patiala, Punjab.

Sr. Management Executive in Silicon Valley – educated at the University of California, Berkeley with a B.A. in Political Economies of Industrialized Societies. Born and raised in the heart of the Silicon Valley, Stu has technology in his blood: it is his passion, ambition and drives to make technology work to achieve success. While in his mid-twenties, Stu co-founded a network and internet security consulting company called computer landscapes that was acquired by Cohesive Technology Solutions.

Harry Sidhu understands how important it is to have a dream and to see it come true. He received his bachelors degree in electronics engineering and spent five years in Silicon Valley as an engineer but he knew his true calling was to help others achieve their goals and make their hopes of owning a business a reality. Currently the President of Mission Peak Brokers, Inc. in Fremont, California, and a Certified Business Broker, Harry is the leading broker and commercial property investment adviser for some of the most prosperous and successful small businesses in the Bay Area and throughout Northern California.

Mr. Sukhi Singh Chahal was born in the village of Heeron Khurd in the Mansa district of Malwa area of Punjab, India which is badly infected by the Cancer and related diseases. He migrated to United States 25 years ago. An engineer by profession, he has attended Stanford University and UC Berkeley for computer and management related courses. He runs his own Information technology and Unified Communications consulting company in Silicon Valley of California, USA.

Dr. Rana completed her Internship from University of Nebraska Medical Center, Residency and Fellowship from Stanford University. Dr. Rana is a strong believer of patient and the family partnership for a better and brighter future for patients with sometimes disabling mental illness. Dr. Rana is a Board certified in child and adult Psychiatry by American Board of Psychiatry and Neurology. She has 18 years of experience in her field and she live in Menlo Park, California.

Dr. Sharma earned his DDS degree from Christian Medical College, Ludhiana, in the state of Punjab, India. He migrated to United States 18 years ago. He lives in Santa Rosa and runs his multiple dental clinics in Santa Rosa and Napa Valley of California. Mr. Sharma is very active in non-profit institutions focused on environment, health and development.

Dr. Joshua earned his MBBS degree from Christian Medical College, Ludhiana in state of Punjab, India. He migrated to United States 20 years ago when he was in the middle of his Orthopedic Surgery’s MD program. Dr. Joshua was very active in non-profit institutions focused on education and health in India. Dr. Joshua practices in Oakland, California.